OKEx Will Finally Resume Withdrawals After More Than a Month

After weeks of uncertainty, cryptocurrency exchange OKEx is finally ready tor resume withdrawals. Announced earlier this week, the company will resume these services on or before November 27. A positive bit of news for the affected users, but the damage may have been done.

The past few weeks have been filled with uncertainty for most OKEx users. Ever since the exchange reported some unusual activity by one of its employees, the company quickly suspended withdrawals from the platform. This has affected numerous currencies, even though all other functions on the platform remained unaffected.

Keeping in mind how the incident dates back to October 16, it has taken more than a month to solve this situation. According to the PR, it appears that the issue triggering this semi-lockdown has now been addressed in full. Customers of the platform were none too happy with the state of affairs, for obvious reasons.

So far, it does not appear as if any users’ assets have been affected in the process. Not being able to withdraw funds has been cumbersome, but affected users have been able to ride the Bitcoin uptrend in the meantime. This is never the way to treat user funds, but most traders will have more money now compared to October 16.

As a way of apologizing for the major inconvenience, OKEx is introducing user loyalty reward campaigns. More details regarding these events will be announced in the coming weeks. The rewards will be in place by the time withdrawals are resumed again. A bit of positive news following all of the negative attention the company has received.

Despite users not being able to withdraw funds, the overall trading volume on OKEx has not seen any real changes in the past few weeks. In fact, the overall volume has continued to rise over the past 30 days, which is rather interesting. It goes to show that withdrawing funds from an exchange is not too important to a lot of people when overall prices are going up. 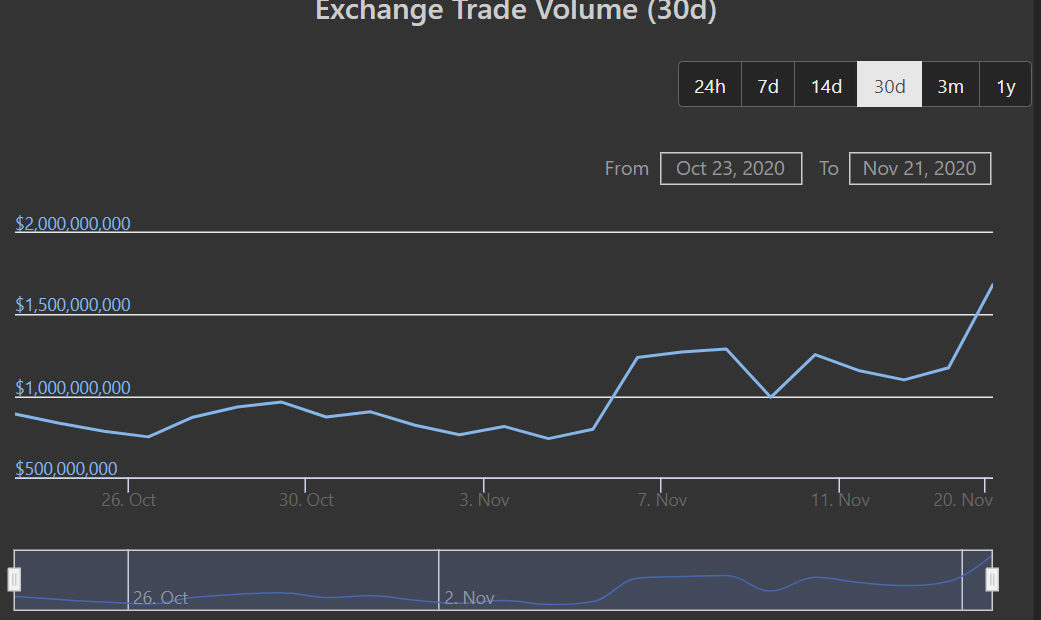 The bigger question is what will happen when the withdrawals resume again. It is likely a lot of OKEx users will withdraw most of their money from the platform. They may not even come back. Being locked out of one’s holdings for over a month is absolutely unacceptable. A lot of damage has been done to the exchange’s reputation due to this incident. Recovering from such a setback is not easy.

The post OKEx Will Finally Resume Withdrawals After More Than a Month appeared first on CryptoMode.

Revolut Educated Over 1.5 Million On Cryptocurrency So Far